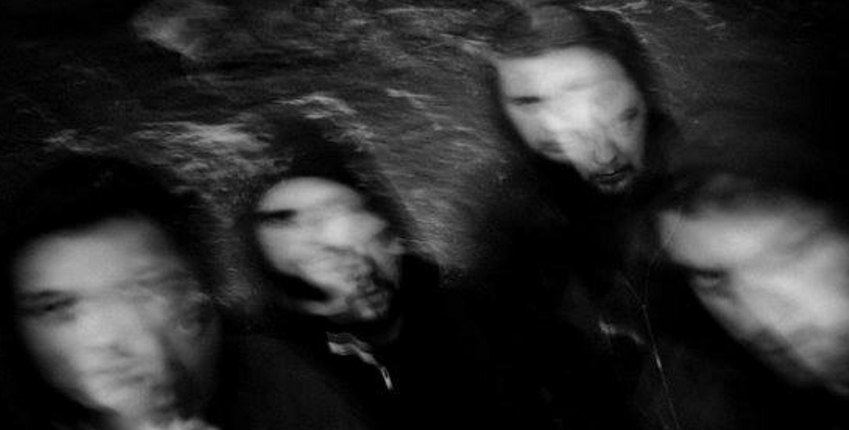 In addition to being a country with dozens of sites always appear in the list of places with the most beautiful natural scenery in the world, you know a little more what each other about Iceland, especially in heavy metal? Many people will be surprised when asked this question, but behold, a small country like Andorra could introduce a Persefone that reputation has reached continental, does Iceland probably can not do the same thing?

Returning to the first months of 2015, Misthyrming debut with the album artwork is very similar to last year’s release Abyssal has attracted attention and praise from black metal community. Almost immediately, his compatriot and Sinmara Svartidaudi 2 names always appear together throughout 2015 Misthyrming for simplicity, they all share Terratur Possessions roof, a modest label Norway worked with Archgoat, Celestial Bloodshed and Urfaust. This year, while the fans are still looking forward to the new album from the two groups in Iceland, especially with Svartidaudi as they just launched an EP in April, a name other Iceland has made miracles.
Season of Mist is “mental” and the debut Unortheta are a large number of fans of black / death metal for a foothold in the list of best albums of the year, is the name of the next Zhrine of metal scene that Iceland heavy metal fans are not to be missed. Reborn from the ashes of the Postal Gone with 4 members has a lifetime of about 25 to 27, especially in the presence of G. Nokkvi Gylfason, guitarist ever wrote on the team’s Cathedral Svartidaudi Flesh album, many fans would have predicted Zhrine style if they had known about the black metal scene of Iceland in recent years. But not, as uncle Zhrine raise the phoenix is the first crowing, is the sound of death metal stuff pretty “against atrial” but full technical, experimental and heavily color from black metal influences and ambient.
Be part vocals throughout the album Nokkvi assume though that is not his strength since playing. With vocal growl voice deep enough, Nokkvi excellent sound generated as the devil growl came from the afterlife through 39 minutes in Unortheta. Leave the boring segment breakdown, riffs in Zhrine debut still slightly affected by the style of Gone Postal, but we like to be refreshed under your arms and Thorbjørn Nokkvi, more technical and more pronounced atmospheric quality. Many riffs even Suffocation style reminiscent of the latter and in particular, paragraph breakdown (both album and single in the great owl) appears at the 1:04 minute track “The Syringe Dance” very reasonable, accordance with the song structure without making the listener feel “the band did not know how to play it threw breakdown into it”.

“Empire” and “spewing Gloom” is the moment for the fans want to find the “dark” album. This is the second song clearly shows the influence of black metal in the style of Zhrine compositions. Combined with a low ambient doom metal and to create reasonable pause between parts of songs, 2 tracks is sure to win sympathy for the fans who want to find a new disciples, but must have the Incantation different from the others. “World” with intro as being made up of English interspersed zither sounds emanating from the wind chime was a most memorable experience throughout the album. Certainly the lyrics are extremely short, “The world’s inborn nature bị lost”, it is difficult to write a song, not to mention the appropriate arrangements with song structure. This is also the track that fans easily find moments appear at the post-metal oi Cult of Luna style. Clearly, the experience and the clever combination of different styles like this, though not significantly, but easily bring memorable moments with the difference in countless new albums a heavy fan metal-picking in a year.
Most commercial software from 2 album track located at the end, “The Earth inhaled” and “Unortheta”. Lurking in nearly 9 minutes late is this cascading melody fragments characterized atmosphere, sad, interspersed with death metal riffs almost as rare in the present time of the hand. This is the combined result of many factors in Zhrine songwriting style, turning the boys in a country which according to many is the “home country” as Iceland becomes the anomaly musicians. If possible detail combines important points, nothing but exploitation-style riffs Sinmara, gloomy melodies and chords Svartidaudi complete chaos and cruelty of Misthyrming.

This is a very casual Arktwork by Unortheta and it was signed by Zbigniew M. Bielak, painters loose pen and Pleiades Wildfire of Dust Destroyer 666 of 2016 in this Gorguts. Iceland’s debut boys this is an opportunity for the ears looking adaptation to the band that combines many factors into death metal, a trend quite popular in recent years. Darkness, chaos because not tied to a specific style, such Unortheta brings key to open the gate listener into a mysterious kingdom and that is the key to name beyond the borders Zhrine Iceland , helping them access community music lovers around the world.